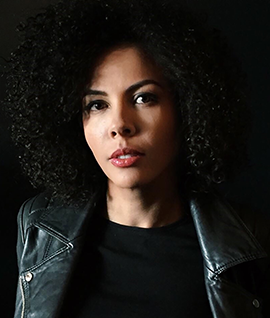 Yara Monteiro was born in Angola in the province of Huambo in 1979. She has familial ties to the Central Highlands of Angola as well as Northern Portugal. At the age of two, she moved to Portugal with her mother and her mother’s side of the family and grew up on the south bank of the river Tejo. In her youth, she was ispired to persue writing by her Portuguese teacher. She holds a Bachelor’s degree in Human Resources and worked in the field for 15 years. When she lived in Brazil in 2015, she began a quest for a connetion to her inner self and embarked on a shamanic journey to the Amazon region that changed her life to the core. She bailed out and turned her back on the corporate world. She is married, lives in the Alentejo and dedicates herself to writing and the visual arts. Before, she has lived in Luanda, London, Copenhagen, Rio de Janeiro and Athens. She practices yoga and meditation.