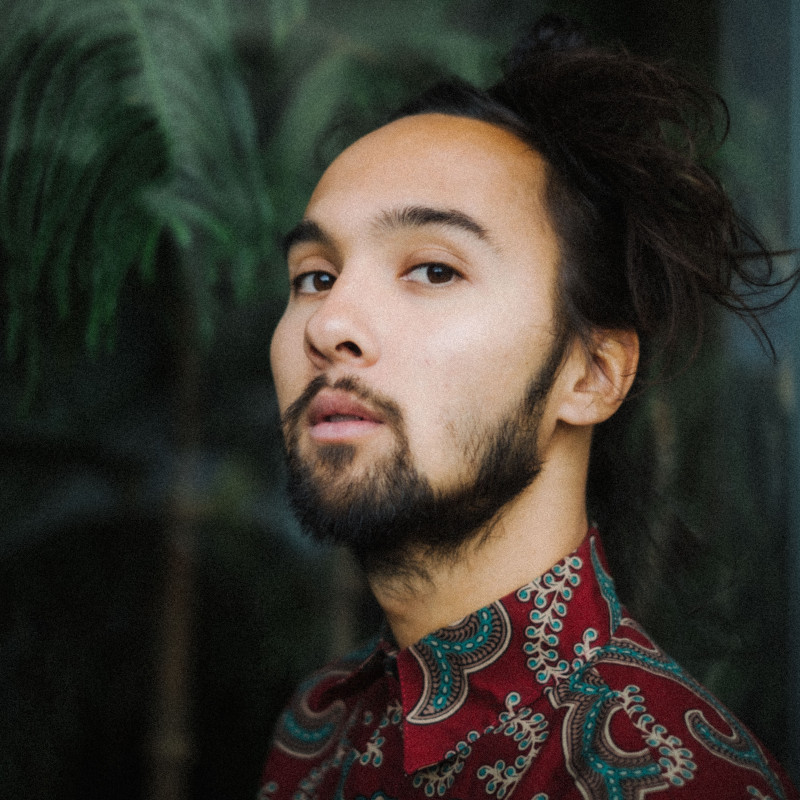 Tóke is an open book, a process, letting us all in. All the way in. All the way to the doubts, the meaningful experiences and the big questions. From the buzzing streets of his birth city Jakarta (Indonesia) to Europe’s cultural metropolis, Berlin, the Indonesian-German singjay has lived many lives. With a voice that has the ability to wrap its arms around you and let you know that it’s okay to not be okay, he offers a sharp yet loving gaze for what it means to be human, what it means to live through this crazy thing we call life. While these dynamics have not always been easy, it did bring forth the Berlin-based artists’ most distinct feature – versatility. Marco Rais Abin is a Singer-Songwriter, a multi-instrumentalist, a producer, a video editor, a skateboarder and a college student, who spent the first half of his career making waves as Germany’s most promising Reggae Newcomer. Live performances with Reggae-Star Gentleman in front of 10.000 people at Uprising Festival (Slovakia), making it onto the front cover of Europe’s biggest Reggae Magazine Riddim Magazine after being voted „National Newcomer of the Year“ three times in a row and collaborations with Major Lazer’s own Walshy Fire are only a handful of hints to indicate the footprint he left in the German Reggae scene. Following the infamous lockdown in 2020, which the artist says was „one of the most inspiring times in my life“, the multi instrumentalist began further exploring his own creativity and versatile musicality, opening up his artistic spectrum. This process birthed the EP „The Art Of Letting Go“ (May ’21), which features heavyweight Indonesian rappers Mario Zwinkle and Tuantigabelas. In this project he does exactly as the title suggests; playfully letting go of an old, as he says „boxed in version“ of himself, while musically touching upon an urban pop sound, between RnB, Rap and Reggae. Tóke directed and edited all five music videos himself, while the singles „The Sun Has Died“ and „Brown Face“ received significant airplay in Europe-wide Radio stations (Germany, France, Poland etc.) The second EP of the year was a Lofi/Neo Soul project my the name of „Ethereal“ (Nov ’21), produced by Berlin-based beat-maker FLKS, released under the label We Run This Records, headed by legendary producer The Breed (Anderson Paak etc.). The latter describes Tóke’s performance here as “a mix of Kendrick Lamar, Anderson.Paak and Bob Marley.“ This record is more spiritual, but without the esoteric Kitsch. Wiser, without sounding condescending. Deeper, without feeling heavy. With live shows finally opening up in 2022, the energetic performer is set to bring his new music to the global stage, being booked at renowned Havana World Music Festival in Cuba, a Mexico- Tour with Lengualerta, as well as Ruhr Reggae Summer in Germany (Damian Marley, DUB FX etc.) among other shows in Europe.